Welcome to the Ecologist Spotlight column!

We seek out ecologists with diverse backgrounds and perspectives to highlight their work and share their stories and experiences. Thank you to Dr. Judith Weis for participating in our column this week! If you would like to be featured, or would like to nominate someone, please contact us today. 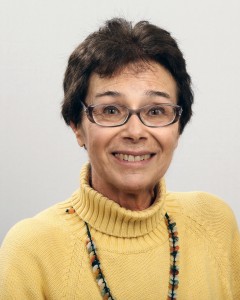 Tell us about yourself and your current area of research.

Judith: I am a marine biologist and spent most of my career studying estuaries in the NY/NJ area. Among the things I’ve studied are adaptations to pollution (e.g. metals such as mercury) by animals living in polluted environments; behavioral effects of contaminants and how activity, prey capture, and predator avoidance by animals in polluted environments differs from that of the same species from cleaner habitats; effects of and interactions of invasive species and native species in salt marshes and estuaries; the habitat value of salt marshes and of mangroves (the latter studied in Indonesia and Madagascar) for fishes and invertebrates; how different species of salt marsh plants take up and distribute metal contaminants in terms of making them more or less available to the community. I am currently collaborating with a professor in the field of criminal justice studying illegal fishing.

Judith: Although I grew up in New York City, my parents rented houses in “the country” for the summers. One summer we were near a bay, and I was fascinated by watching hermit crabs living in conch shells, often covered with barnacles and algae. Another summer we were near a lake, and I raised tadpoles and watched them grow legs and metamorphose into frogs. My parents tolerated all of this and never discouraged me from pursuing my interests.

You were an AAAS Congressional Science Fellow in the mid-80s. How do you think the role of scientists in the policy process has (or hasn’t) changed over recent years?

Judith: It is my impression that science is not valued as much today as it was a few decades ago. Also, the environment in Congress was much more collaborative back then than it is now – it seems to be more hostile and toxic. I worked for the Senate Environment and Public Works Committee, and there were some Republicans, such as Robert Stafford, who chaired the Committee, plus John Chaffee and David Durenberger who always voted pro-environment with the Democrats. We don’t see that kind of bipartisanship any more.

You have authored several books including “Do Fish Sleep” and “The Remarkable World of Crabs.” What inspired these pursuits?

Judith: A biologist friend approached me with the idea of collaborating on a book on salt marshes. I thought it was a great idea, although I had not previously written anything for the general public – only technical scientific papers. I set to work and churned out a lot of chapters. Meanwhile he got very involved in other things and had to bow out of the book project. I felt I needed a co-author because of the writing style, which needs to be very different for the general public than for a scientific audience. The publisher (Rutgers U. Press) found an excellent co-author for me to work with and we produced the book on salt marshes. At that time, Rutgers U. Press had a series of books on different groups of animals, and I then wrote the book on fishes on my own, as I now felt comfortable with the writing style. I since have published a book on crabs (Cornell Univ. Press) and one on marine pollution (Oxford University Press).

What has inspired you in your career?

Judith: I was fortunate to be able to attend the Bronx High School of Science, a selective school in New York City. When I was growing up, it was unusual for girls to pursue interests in science – but the school teachers and guidance counselors encouraged us as much as the boys. I have heard about lots of other women in my generation who, in other high schools, were discouraged from pursuing science and encouraged to become school teachers or other more traditional “women’s jobs.” I was extremely lucky to have been supported and encouraged by my parents and teachers.

Tell us about one of your favorite research moments.

Judith: I had a grad student who was studying the predator/prey interactions of grass shrimp and killifish. One day, we had no killifish in the lab from our “clean” field site for him to use, so he used some fish from a polluted site instead. He came to me and said, “Those fish from Piles Creek just don’t seem to go after the shrimp very much.” That was the beginning of a whole new direction of research that lasted us over 20 years – how living in a polluted environment impairs behavior and predator/prey interactions, and how this can have effects at the population and community level.

Who is someone that you have never met but whose research you have always admired?

Judith: I admire Rachel Carson, not primarily for her research, but for her writing ability, which I will never be able to match. Her books about the sea were instrumental in my interests in marine biology. And her book, “Silent Spring” was instrumental in developing my interest in studying effects of pollution and in becoming an environmentalist.

What is a challenge that you faced as a student, young professional, or early faculty member and how did you work through it?

Judith: When I started out it was still unusual for women to pursue careers in science. I did encounter some professors in college who were not encouraging. My PhD advisor had never had a female student before and encouraged me to do lab work rather than field studies – I think he thought I might melt if I got wet… As a young Assistant Professor, I was not treated as an equal by my contemporary male Assistant Professors and was the target of some disparaging remarks about women. I worked through it by working hard, publishing more papers and getting tenure and promoted ahead of them. (One of them never got tenure and left, the other remained an Associate Professor for his whole career) I also joined and became active in NOW.

When you become discouraged by a challenging research problem or unexpected issue, how do you stay motivated?

Judith: Often unexpected results can be the beginning of a new way of looking at things that can lead to new areas of study. When studying effects of mercury on killifish embryo development, we saw a huge variety of responses after exposure to a particular concentration, from barely affected to extremely abnormal embryos. While this was unexpected and discouraging, instead of deciding to study something else, we decided to focus on those differences and discovered that certain females produced susceptible eggs and others produced tolerant eggs – this was the beginning of a new area of focus– that of tolerance to pollutants.

What do you do in your “off” time?

Judith: I enjoy singing and have for most of my career, sung in choruses and in community theater productions of Gilbert and Sullivan, Broadway shows, and operas. Years ago, I spent much of my “off” time raising two children with a very supportive husband, also an academic.

If you met a 10 year old who was interested in ecology, what would you say to encourage them?

Judith: I would say how much fun it is to have a job doing what you love to do, and actually get paid for it!

Scene: *You walk into a local coffee shop* What do you order?

Judith: After the AAAS Fellowship ended I kept up my involvement in policy by working for the EPA on sabbatical, serving on advisory committees for EPA, NOAA and other agencies. I currently am the co-chair of the Science & Technical Advisory Committee for the NY/NJ Harbor & Estuary Program, and the Chair of the Science Advisory Board for NJ Dept. of Environmental Protection. I am writing this while in DC for Capitol Hill Oceans Week!