The Network Beneath Us: On the Discovery of Mycorrhizae and How They Shaped Our World 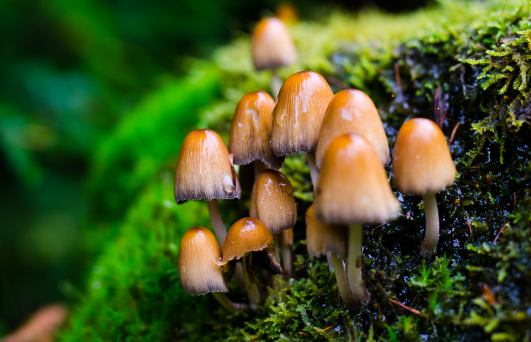 We tend to think of plants as autonomous organisms. They collect their nutrients through a winding maze of roots far beneath our feet. They transform raw sunlight into energy through a clever system of electron carriers they devised all on their own. And when they’re ready to reproduce, they disperse their progeny to the far reaches of the Earth with the help of nothing more than a little wind. But none of that is really true, strictly speaking. Just as humans have a symbiotic relationship with bacteria, without which we’d be unable to survive, plants have several relationships with different organisms, each benefitting the other in user agreements that were signed several million years ago. Flowering plants have teamed up with insects to aid in pollination and with mammals to help disperse their seeds, whereas some ferns piggyback their propagules on ants and salamanders, and mosses enlist the aid of springtails and other tiny invertebrates to carry their sperm from male to female. Not even chloroplasts were invented by plants, but are rather the product of a eukaryotic cell engulfing a cyanobacterium over a billion years ago, leading to the evolution of algae and, later, land plants. Underground, it’s much the same; most plants aren’t directly responsible for absorbing much of the water and nutrients they need for survival, relying instead on a fungus to do it for them.

The Trouble with Truffles

In the early 1880s, King Wilhem I of Prussia charged the University of Leipzig forestry professor A. B. Frank with commercially producing the truffle, a very rare, and thus very lucrative, mushroom. Unlike most of the mushrooms we garnish our food with today, truffles are strongly aromatic, highly flavorful, and only reproduce underground, making them extremely hard to find. Even today, truffle hunters have to use dogs or pigs with a keen sense of smell to find them. At current prices, a pound of truffles will run you anywhere between $100 per pound for black truffles and over $100,000 for large (~3 lbs) white truffles, which should probably clue you in to the fact that professor Frank failed miserably at finding a way to cultivate them; to date, no one’s ever done so successfully. But Frank discovered something arguably worth more than the entire world’s supply of truffles. 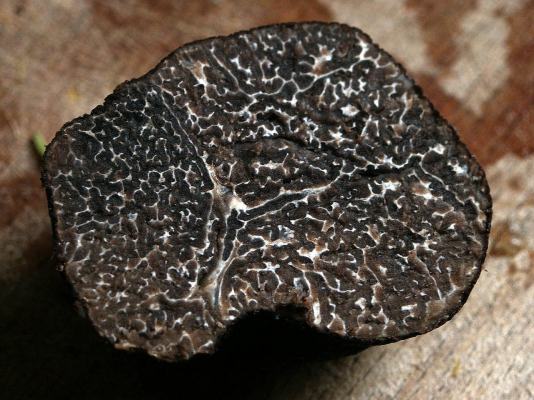 Frank first made the observation that truffles never grew far from certain trees, such as oaks and hazelnuts. Digging up sections of earth, he further observed the truffles’ long mycelial strands formed an intricate network around the roots of these trees, leading him to think they might be a sort of parasite. Other researchers had observed similar fungal structures before him and had reached the same conclusion. But Frank went beyond his predecessors by taking detailed notes and making meticulous illustrations of the developmental patterns of these fungi, noting that whenever the mycelium came into contact with young roots, root hair growth was suppressed. As his excavations continued, he found more and more tree species had fungal growths surrounding their roots as well; others, that initially seemed to be bereft of these fungal partners, he later discovered to have fungi growing inside the root rather than on the surface, two groups that he later called ecto- and endomycorrhizae. Knowing he was on to something, he sent his student Albert Schlict to survey the trees of Germany and take special note on what types of fungi were inhabiting their roots. His initial task to cultivate truffles forgotten, Frank came to the conclusion that he had discovered “…a new example of symbiosis in the plant kingdom” (Trappe 2005). Many trees apparently didn’t take up the bulk of water or nutrients on their own; they left that job to their fungal partners, giving them a bountiful supply of sugar for their trouble.

Research in the intervening century has shown just how important this discovery was. Of the 230,000 extant vascular plants on Earth, some 80-90% rely on mycorrhizae for survival, making plants mere organismal chimeras (Mathieu et al. 2018; Read et al. 2000). Some researchers argue that without these fungi, life on land wouldn’t have been possible for plants in the first place (Pirozynski and Malloch 1975).

Origins in the Ordovician

500 million years ago, the world’s oceans teemed with life. The continents were in unrecognizable positions relative to the ones they occupy today, and most of what is currently North America was covered in a shallow sea, large parts of which you could wade through without ever getting your hair wet (Brett et al. 2015). This shallow sea, and its deeper ocean counterparts, supported a vast diversity of aquatic life, from spindly graptolites and heavily armored trilobites to tentacled mollusks and torpid brachiopods. Most of this life would later be snuffed out at the end of the Ordovician in the first major extinction event on Earth, but not before taking the first steps onto land.

Plants began to colonize land around 460 million years ago, encountering an environment starkly different from the aquatic haunts they’d previously inhabited. Here the air was deathly dry, soils poorly developed to nonexistent, and sunlight more highly concentrated. Worse still, the first plants had no leaves or true roots to help them survive in such conditions. Yet by the Devonian, plants were a highly diverse and successful component of terrestrial ecosystems, alongside primitive arthropods. So how did they survive?

The Rhynie Chert in Scotland boasts the oldest entire plant fossils ever discovered, approximately 407 million years old. Conspicuous in the roots of these plants are astonishingly well-preserved (you guessed it) mycorrhizae, caught in the act of acquiring nutrients before being fossilized in boiling, silica-rich water from nearby geysers (Strullu-Derrien et al. 2014). A fossil of a mycorrhiza-like fungus from the 460-year mark further indicates that the symbiosis with plants goes all the way back to the beginning (Redecker et al. 2000).

Though it’s been more than a century since Frank’s pioneering work, there’s still much we don’t know about the pacts made between plant and fungus beneath our feet. Most of the fungi that form these relationships belong to a group called the Glomeromycota (gloms for short), which are virtually indistinguishable from each other. For decades, researchers relied on small differences in spore wall morphology to tell them apart, naming some 300 species (Redecker and Raab 2006; Mathieu et al. 2018). Recent molecular work, however, suggests there may be far more glom species than previously thought, possibly as many as 1,600 (Mathieu et al. 2018). But considering that there are about 200,000 plant species that form these symbiotic relationships, it’s still puzzling how so few glom species can fill the role of providing nutrients to most of the world’s plants (see Mathieu et al. (2018) for new insight on this conundrum).

Even more recently, in 2010, researchers discovered another group of fungi that also seemed to act as a mycorrhiza, preferentially forming symbiotic relationships with liverworts (Bidartondo et al. 2011). This group, the Mucoromycotina (mucs) and the gloms have both been found in the roots of Devonian fossil plants (Strullu-Derrien et al. 2014), existing underground for millions of years in close-knit associations with the plants they fostered and evolved with. And while mucs have only been found in a few extant plant species so far, the genetic markers used to distinguish gloms and mucs come from completely different parts of the genome; thus, since most researchers have only been looking for gloms using glom DNA, it’s very likely there are many more mucs out there just waiting to be found.

Author Biography: I’m a PhD candidate at the University of Florida where I study the phylogenetics, biogeography, and ecology of ferns that are unable to complete their lifecycle. I’m active in science communication, which I hope to make a career. You can read more at my website: www.allisleaf.com or follow me on twitter @jerald_pinso